Turkish Airlines is well known for operating widebodies from its Istanbul Airport hub on routes across Europe. And with 27 such destinations in January, the new year doesn’t disappoint. Five widebody types and variants will be used, with Amsterdam having more widebody service than any other airport.

Up to 32 daily widebody flights to Europe

In January, Turkish Airlines will have approximately 4,300 departures from Istanbul Airport to destinations across Europe, according to the schedules it submitted to OAG. This excludes domestic flights and those to the Caucasian countries of Armenia, Azerbaijan, and Georgia, which are sometimes added.

Widebodies have about 736 of these 4,300 or nearly one in every five outbound flights. That might not sound a lot, but up to 32 twin-aisle flights will serve Europe daily. More than this, the A330-300 is Turkish Airlines’ second most-used aircraft to Europe, behind only the A321ceo/neo. The breakdown of widebodies is as follows.

Amsterdam has the most widebodies

The 1,359-mile (2,188km) link from Istanbul to Amsterdam has more flights by Turkish Airlines’ twin-aisles than any other destination. It surpasses London Heathrow and even London at city-level when Gatwick is included.

A matter of proportion

No European destination has only widebody service in January. All see narrowbodies, just in wildly varying proportions. With nine in ten flights, Madrid has a higher share of twin-aisles than any other route, followed by Amsterdam (82%), Dublin (72%), Heathrow (70%), and Kyiv Boryspil (66%).

In contrast, Hamburg, Hannover, London Gatwick, Rome Fiumicino, Stuttgart, and Vienna will all see them less than 5% of the time. They’ll have just one or two flights in the month. For example, just two of Hamburg’s 76 monthly departures are by widebodies, on January 5th and 7th. The A330-200 has the honor.

Meanwhile, Hannover, Stuttgart, and Vienna will see a twin-aisle just once, on January 2nd (Stuttgart) and 9th (Vienna and Hannover). While the two German airports have seen them irregularly every year, they’ve been used more frequently to Vienna. 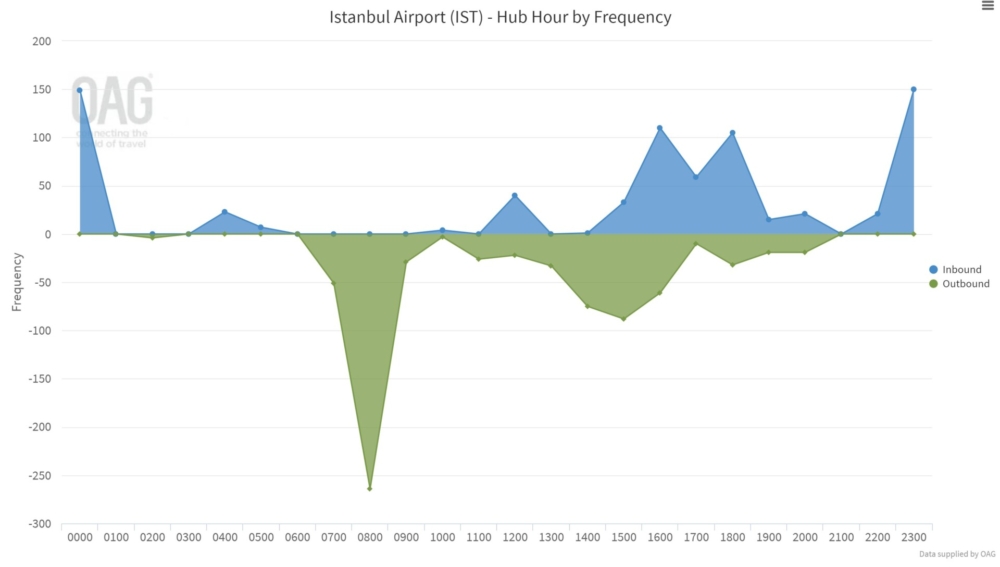